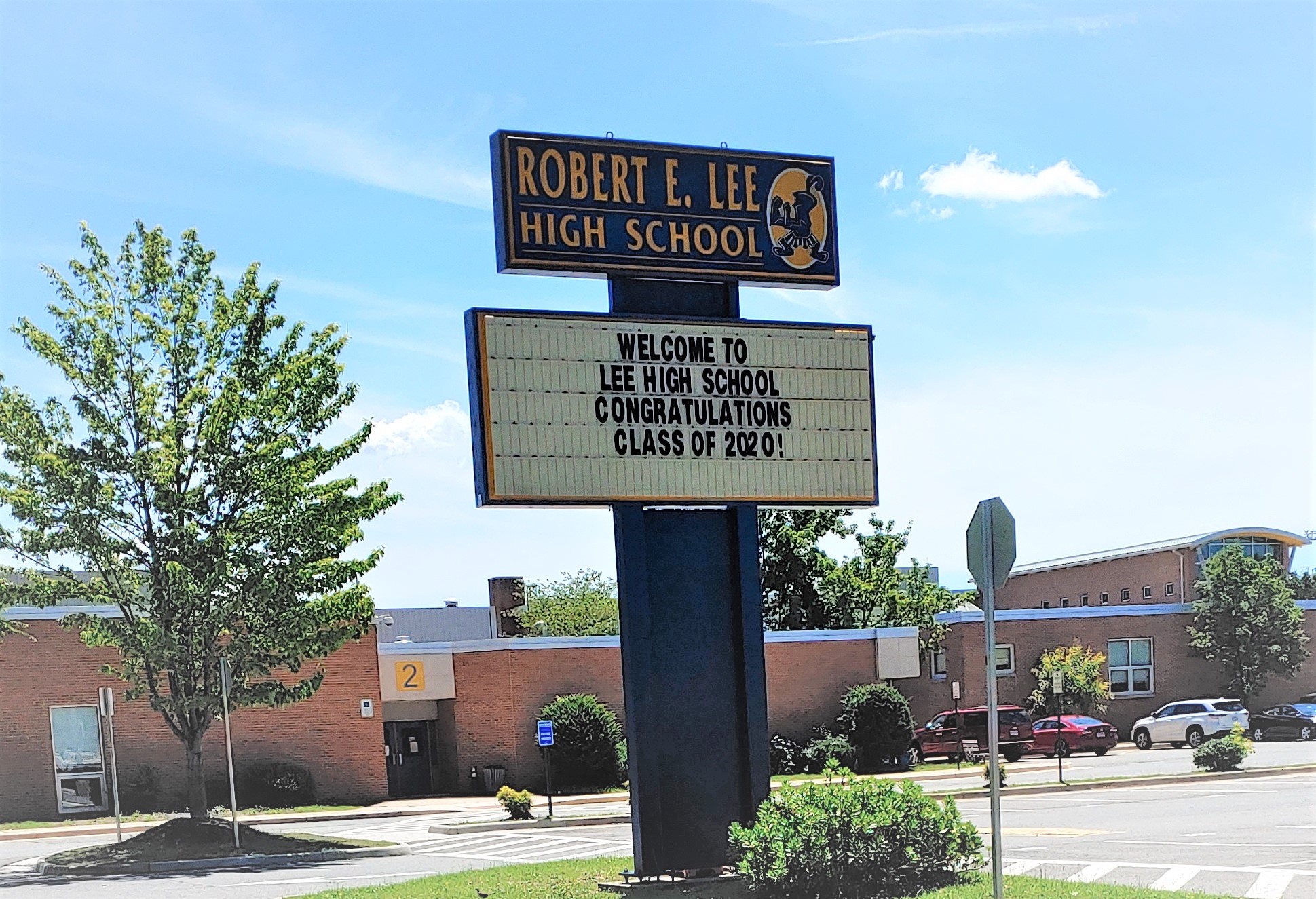 Last Tuesday evening, June 23, the Fairfax County School Board voted unanimously in a virtual meeting to change the name of Robert E. Lee High School in Springfield, ending a long campaign to remove the Confederate general’s name from a public school.

The vote followed a lengthy, and often emotional, virtual public hearing the day before, in which 124 speakers signed up for 3-minute speeches.

Momentum had been building to change the name since the renaming of J.E.B. Stuart High School in Bailey’s Crossroads to Justice High School in 2017. But the current process began in February after Kimberly Boateng, student representative to the board, made an impassioned plea for the change.

The next step is to assign a new name to the 1,700-student school, which opened its doors in 1958. The board will hold public hearings on July 15 and 22, with a vote to decide on the new name scheduled for July 23.

The board is not limited to these names and will take suggestions from the public.

The motion to change the name was made by Vice Chair Tamara Derenak Kaufax of Lee District, and seconded by Karen Keys-Gamarra, at-large member.

At the previous night’s public hearing, I found the most compelling speakers to be current students who spoke of their affection for the school and their classmates but who were ashamed to tell friends that they attended a school named after Robert E. Lee, a slave owner who fought against the Union in the Civil War.  One student recalled being laughed at upon telling someone where he attended.

Their arguments for change seemed even more compelling when it was disclosed that approximately 70% of the student body at Lee are minorities.  Adding salt to the wound, a portrait of Lee was kept on display inside the school.

In his speech, Sean Perryman, president of the Fairfax County NAACP,  said that the board had waited too long to make the change, and should apologize for not taking action sooner.

The few speakers who opposed the change were almost all older white males who were alumni or had some other association with the school.  They mainly complained of the cost of the change.

In researching this article, I paid a visit to Robert E. Lee High School to take pictures.  I asked permission to photograph the Lee portrait inside the school.  I was told by a staff member through the closed glass door that the portrait had been removed by the owner that morning.  Apparently, it was on loan to the school.

The change is a step forward for Virginia, but it has been overdue for decades.

Marcus R. Motta is a retired federal law enforcement officer with 32 years of service. He is a member of the Springfield District Democratic Committee