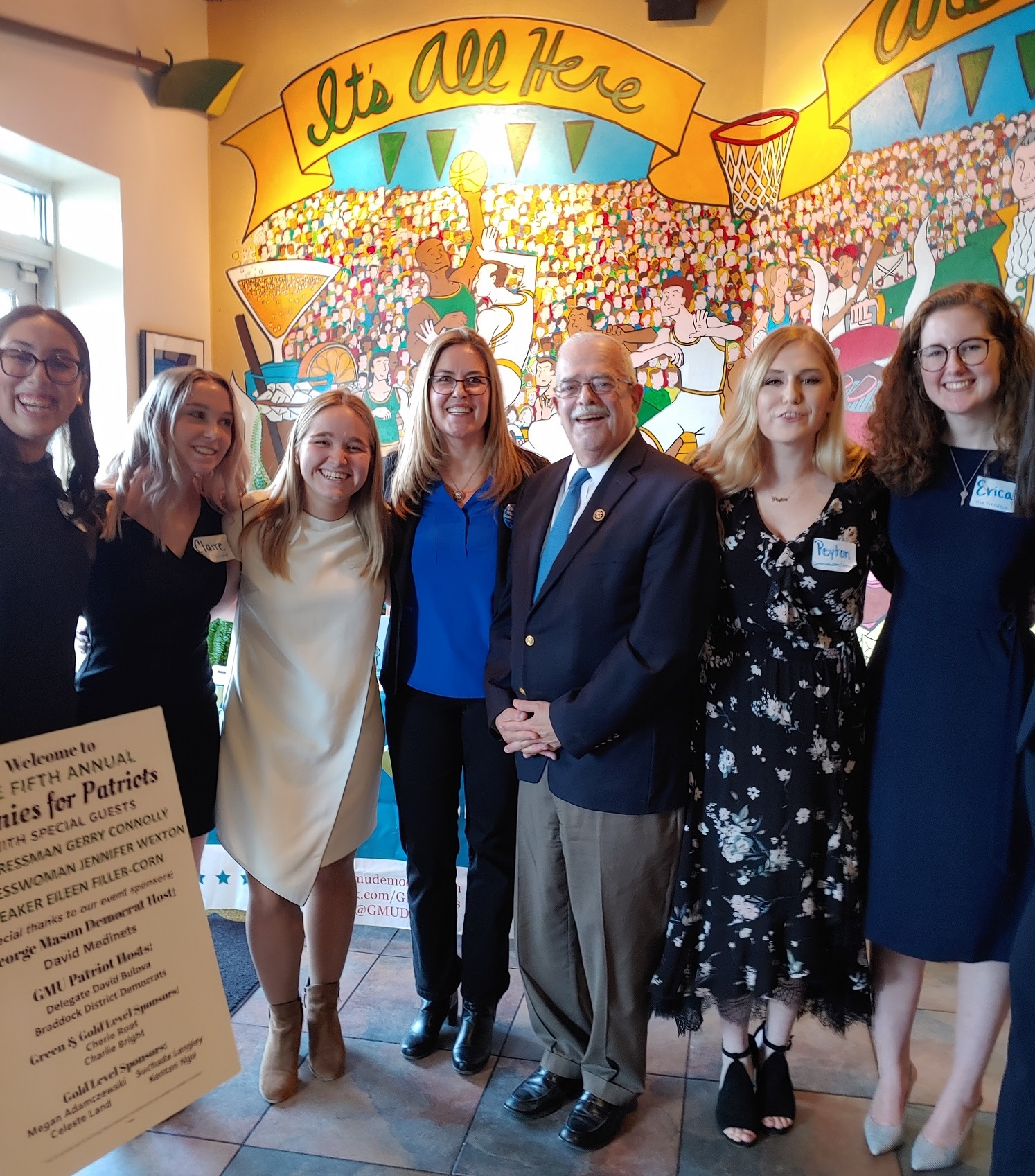 Some of northern Virginia’s biggest names were on hand for the George Mason University Young Democrats annual fundraiser, Pennies for Patriots.

While feasting on meatballs, egg rolls and chicken tenders at the event at Brion’s Grill in Fairfax, attendees were treated to speeches complimenting the YDs for helping to elect numerous Democrats in Northern Virginia.

Speakers pointed out that the fruits of that work are in the progressive agenda being pursued in Richmond by the Democratic-dominated General Assembly, including LGBTQ non-discrimination rights, a carbon neutral clean energy plan, legislation to help at-risk students succeed in kindergarten, raising the minimum wage, employment protection for pregnant women and the passing of the ERA.