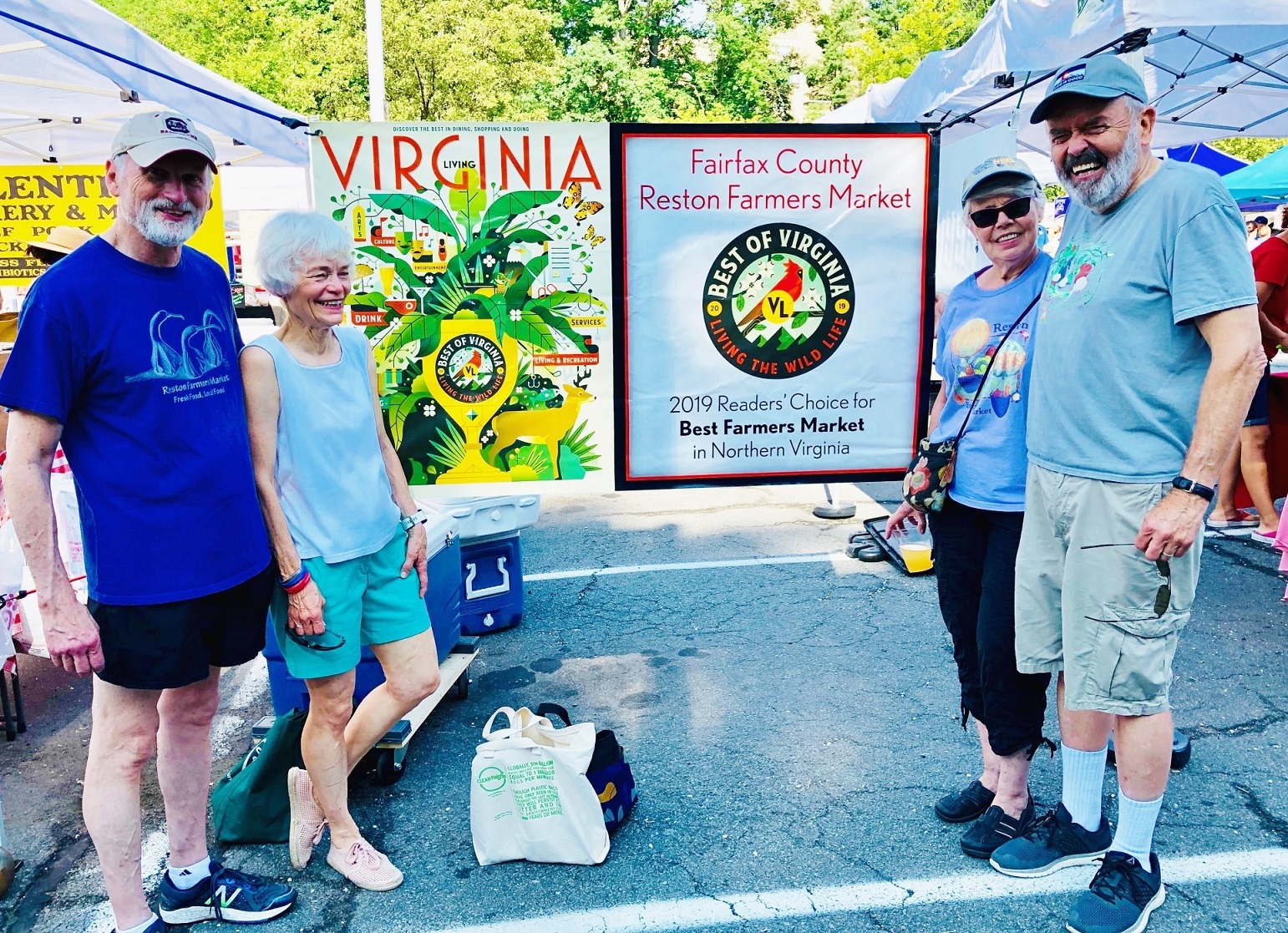 What motivates a man to spend more than two decades  – and counting – as a volunteer running a farmers market?

In the case of John Lovaas, a manager of the award-winning Reston Farmers Market, the answer is self-evident.

“I doubt anyone would work at a volunteer job for 22 years unless it was wildly satisfying and fun,” he said. “That plus the fact that Fran” – his partner in marriage as well as the market —  “and I eat as well as anyone in Reston, buying our food all local every week at the market.”

Lovaas added, “The market makes every shopper healthier. And the farmers we work with are nice people and the hardest working folks I’ve ever known.”

He concluded, “What’s not to love about this gig?!”

His love for the market is widely shared, as shown by the award recently given to John and Fran and a third manager, Keith Strange — a relative newcomer to the market with “only” 10 years under his belt – by the Fairfax County Park Authority.

The award, called the Elly Doyle Park Service Award,  is given annually “to those who have made outstanding service contributions over the past year,” according to the Park Authority. It is named after for Park Authority Board Chair Ellamae Doyle in recognition of many years of service and accomplishments.

The market also was named earlier this year as Best in Northern Virginia by readers of the magazine Virginia Living.

Lovaas, also a member of Hunter Mill District Democratic Committee, has run into some memorable personalities at the farmers market over the years. They include the dairy farmer who sold milk dressed as a Jersey cow. And the vegetable farmer who attracted customers by singing, in an original composition, “Come get your free range rhubarb!” And of course the woman selling goat cheese who both dressed up as a farm animal (a goat, naturally) AND sang an original song extolling her products.

“I get to go to new farms to recruit vendors, and work every Saturday with Fran, my wonderful bride of 54 years,” summed up Lovaas. “What could be better?”

The market operates on Saturday from 8 am to noon from April to December at Lake Ann Village.